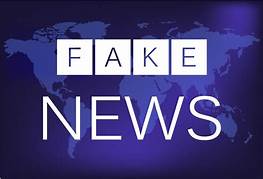 It was a game for the ages. Black and blue like the NFL North Division should be. While Green Bay lead by as much as 13 points in the late going, Minnesota climbed back into the game with some quality throws and help from the officials. The Packers put a rush on Viking's quarterback Kirk Cousins and threw up a ball with all the muster he had. The ball was picked off by Packers Jaried Alexander for what should have been a game-ending interception. However, with has much collusion as the Russian interference in the 2016 election, Referee Collette threw his hanky against Clay Matthews for a late hit on cousins, thus reversing the interception and then allowing Minnesota to tie the game.

Not one person watching this game believed this was a roughing the passer penalty, except the light-minded Viking fans. Mike Zimmer, Viking's head coach said, "I must have been looking the other way, there was no one on the end of the field I was looking at." Keep in mind, he has had several eye surgeries and probably is as blind as the referee you made the botched call.

Some good news out of the game is that the Vikings have finally solved their kicking issues.